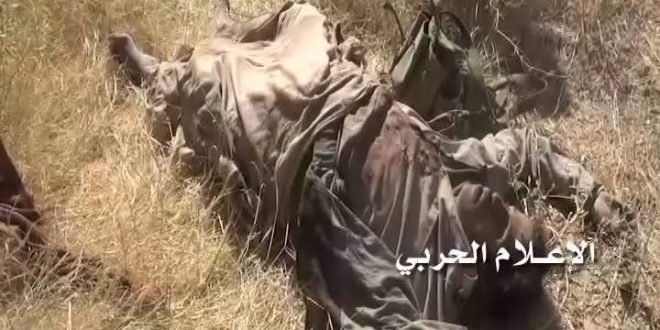 At Least 18 Saudi Mercenaries Killed and Injured in Asylan

The Yemeni army and popular committees repelled an attempt to advance today by mercenaries of the US-backed Saudi coalition towards Asylan district, Shabwa governorate, resulting in deaths and injuries among the mercenaries’ ranks.

At least 18 Saudi mercenaries have been killed and dozens wounded, including prominent commanders, in the military operation. Two of the killed mercenaries are the commanders Saleh Mohamed Marjan and Mansour Abdu Rabuh Al Mansouri.

Fighter jets of the coalition waged a series of air raids on Asylan districts and Bayhan in support of the mercenaries’ attempt to progress.

Sana’a : warplanes of the Saudi American aggression waged three raids on Al Sama and Thafir mountains in Bna_matar and Arhab.