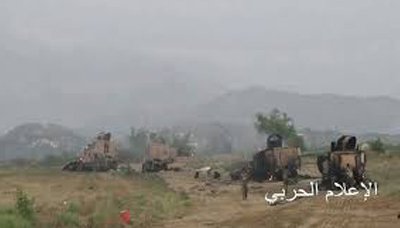 The Yemeni army and popular committees broke into the Saudi military Malzoz center today in Jizan, a military source .reported

The operation resulted in the killing and wounding of a number of Saudi soldiers, and destroyed a weapon depot and a military vehicle.

On the other hand, Saudi Apache helicopters fired dozens of missiles on Al-Dahrah and Qawa villages, while the fighter jets waged five air strikes on Al-Mabrak area in Jizan.