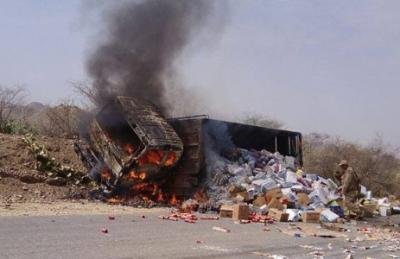 Some of the injured are in a critical condition.

The air strikes targeted the village’s shoppers in Ahim area of Haradh district.

Several other shoppers were wounded due to the fresh criminal air strikes, which also burned the vehicles, goods and foods.