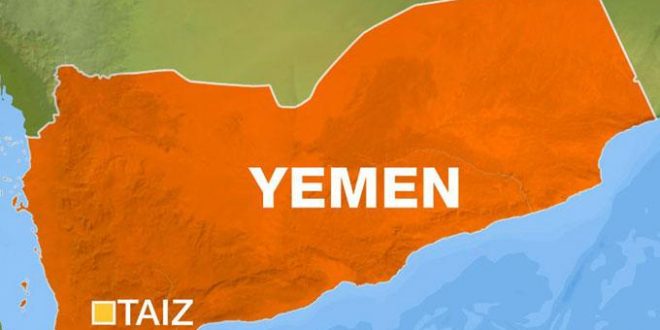 Local source said , fighter jets of the Saudi American aggression launched a raid on the eastern area in Taiz and two raids on Al Omari area the directorate of Dubab in Taiz.