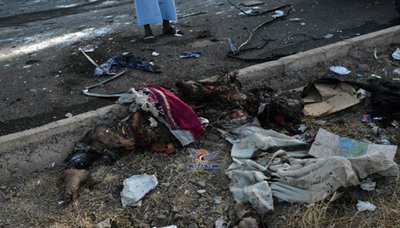 Two children of the same one family have been killed and nine women wounded when US-backed Saudi aggression’s fighter jets waged on Saturday five strikes on their home in Houth district, Amran governorate, a security .source reported

The strikes targeted the citizen’s houses in Khaiwan area in the same district.