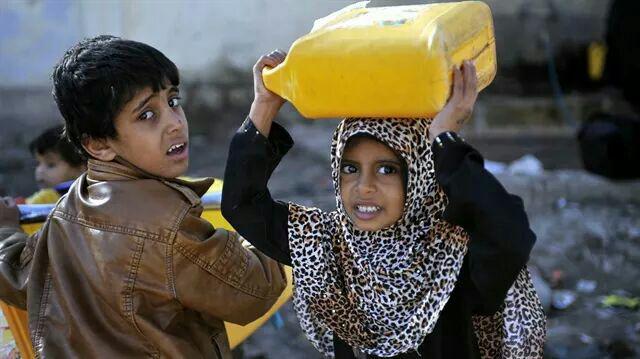 Due to the siege and aggression Yemeni children lost childhood

Due to the siege and aggression the Yemeni children lost childhood just skipping bombs, fetching water, feeling hungry and cold, out of school.

Every single day, the Yemeni people not  matter how much they are bombing and how many launched raids but they care about their daily life, searching for food and  fetching water because with the siege water must be fetched.

2,510 Children killed and  at least 16,000 injured by US-Saudi airstrikes on Yemen over 21 months of western backed war on poorest Mideast country.

Aggression killing everything in Yemen even the right to live in simple life .

At Least 27 Raids Launched in Taiz