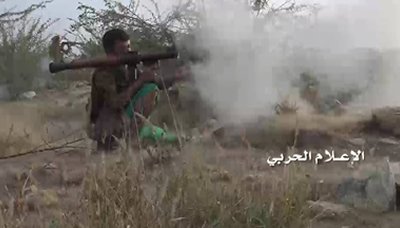 The artillery of the Yemeni army and popular committees targeted on Monday gatherings of Saudi-paid mercenaries near Al-Barakani station in Lahj governorate, a military official reported.

The artillery shells hit their target with high accuracy.

A number of mercenaries were killed or injured in the attack, official confirmed.