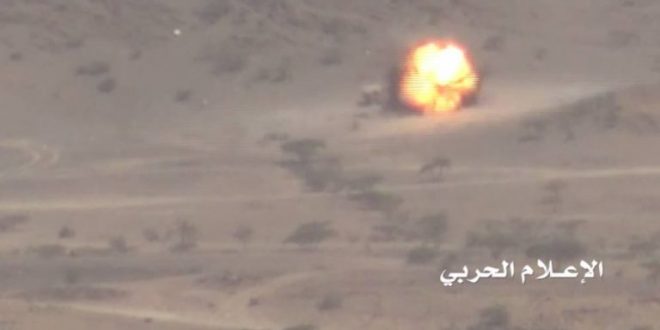 The Yemeni army and popular committees repelled an attempt to advance by Saudi mercenaries towards Yam mountain series in Nihm.

Yemeni forces successfully foiled the Saudi attempt, resulting in several killed and injured among the ranks of the mercenaries, military source reported.

The military attempt lasted for 7 hours long with an intensive air coverage by warplanes before the mercenaries escaped.