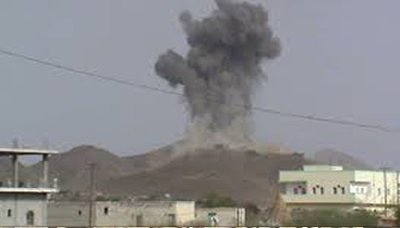 Two citizens have been killed and three others wounded by an airstrike waged by the Saudi American aggression on Al-Saleef district of Hodeida governorate, a local official reported on Saturday.

The hostile raid hit Al-Malh mountain in the district, the official said.

The aggression’s warplanes also launched three raids on Al-Saleef and five others on Hodeida International Airport.

The official condemned the constant bombardment of citizens and their properties by the US-backed Saudi fighter jets, as well as committing heinous massacres against them under a shameful international silence.