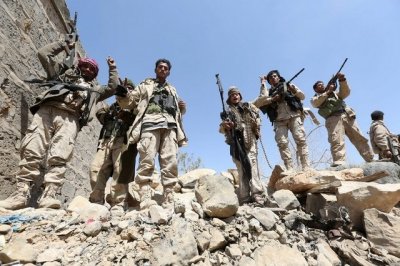 A total of 15 Saudi-paid mercenaries have been killed in Nehm district when the Yemeni army and popular committees targeted their military vehicles in Katib area, a military official reported on Saturday.

The vehicles were burned to the ground, killing those on-board.

Army’s Salaries for September 2016 to Be Paid: Defense Minister