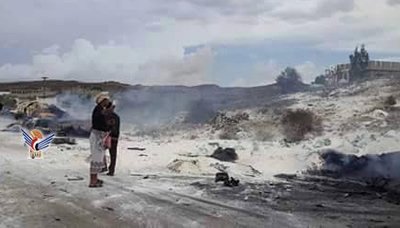 A woman has been wounded during artillery shelling waged by Saudi-paid mercenaries on Al-Maslub district of Jawf governorate, an official reported on Saturday.

The barbaric shells targeted citizens’ houses in Malaha area of the district.

Meanwhile, the Saudi aggression warplanes waged a raid on Malaha village in the same district.