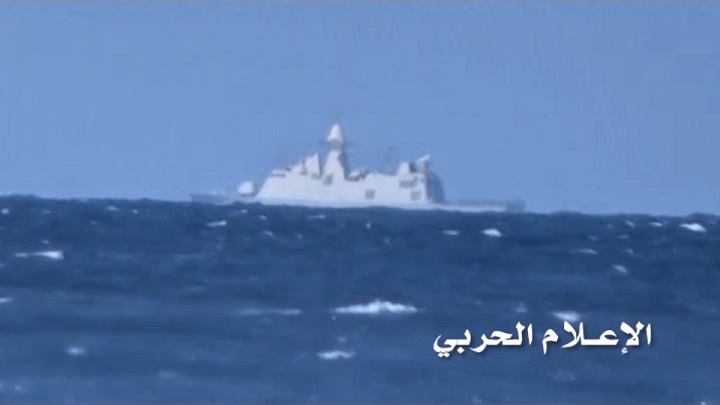 This operation took place after a warning announced by the Yemeni naval forces.

The targeted Saudi warship had 176 soldiers and officers on-board, and it was hit with high accuracy after a careful observation of the warship’s movement in the Red sea, source confirmed.

Naval forces, coastal defense and Yemeni coast guard had warned on the 21st of January the aggression’s warships not to use the international water lanes to bombard Yemeni civilian targets. They confirmed their preparation to respond to any warship bombardment under any circumstance. In addition, commercial ships have been warned not to use the international water lanes before operating the Long Range Tracking and Identification (LRIT) for a safe navigation.

Killing and Wounding in the Ranks of Mercenaries