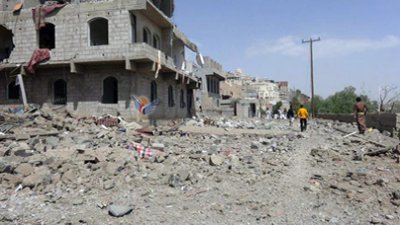 Fighter jets of the Saudi American aggression dropped three cluster bombs overnight on the historic city of Zabid, the UNESCO World Heritage Site since 1993, an official told Yamanyoon on Tuesday.

The international-banned cluster bombs spread over large residential and agricultural areas, posing great threat to the lives of civilians.

Saudi American Raids Kill a Man, Injure Another in Dhamar