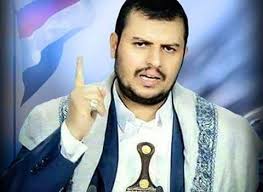 Sayyed Houthi: The Development of Our Air Defense Will Leave Its Impact and Effectiveness in Reality

Sayyed Abdulmalik Al-Houthi gave a speech today in the occasion of “Annual Anniversary of the Martyr” and revealed important information which include the following:

Sayyed Houthi: The development of our air defense will leave its impact and effectiveness in reality

Sayyed Houthi: The missile force reached Riyadh with Burkan 2 and it will reach what’s after Riyadh, referring to military surprises that will shock the Saudi enemy.

Sayyed Houthi: The Aggression Wants No Good for Southen Yemenis as Well