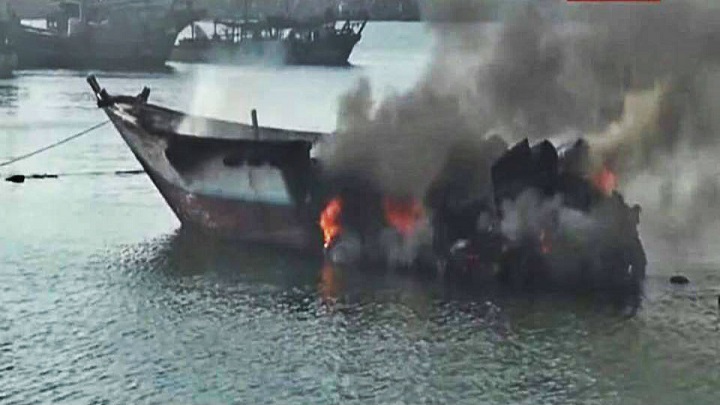 A fisherman has been killed on Sunday in a brutal raid that targeted Al Arj coast yesterday in Salif region, Hodeidah governorate.

The Saudi American aggression intentionally targets fishermen, their boats and their livelihood along the west coast, in a way to cover up for the military failure in coastal battlefields.

UN Launches a Warning on the Bombardment of Hodeidah Port