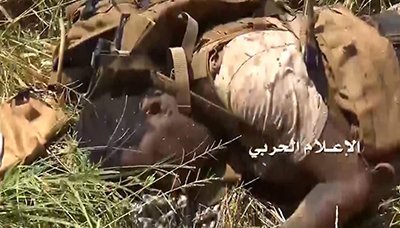 Moreover, the army and popular forces targeted a gathering of Saudi soldiers in Am-Alqatab Al-Sharqeyah using a locally made missile, Al Sarkha.

The attacks hit their targets with high accuracy.

In addition, the missile force of the army and popular forces bombed gatherings of Saudi soldiers and their vehicles at the site of Abu-Al-Math and Walan military areas.

The official also stressed that the army and popular forces pounded Saudi paid-mercenaries in northeast of Medi desert and in western Al-Tewal border crossing.