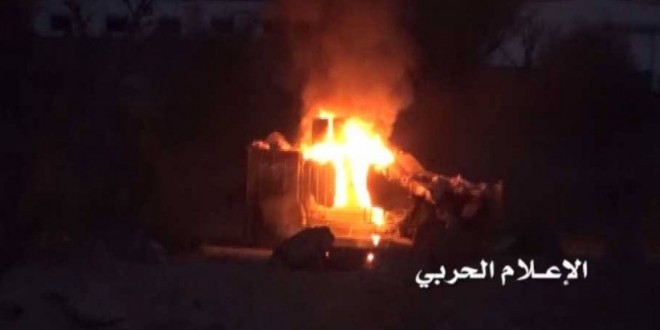 In addition , the army and popular committees  targeted  the Saudi army on the eastern Al Shrgiah by rocket  type of Al Sarkah 3 , and waged number of shells on the gathering of aggression mechanisms northern Saudi areas .

In the same context , targeted groupings of Saudis soldiers in Alan camp , and the army artillery bombardment on the gatherings of the Saudi army and mercenaries in Baubat Al twal , in Jizan.

In Asir , the army and popular committees targeted groupings of  mercenaries and Saudi  soldiers , and killed number of them .

Saada: At Least 7 Killed and Injured in Baqim District