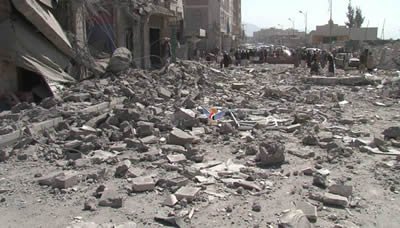 Two people have been killed in Saudi airstrikes on the telecommunications corporation office in Hodaida governorate overnight, an official told Yamanyoon on Tuesday.

At least six people were wounded in the strikes that hit the office twice. The building has been seriously demolished and several cars were crashed, the official added.