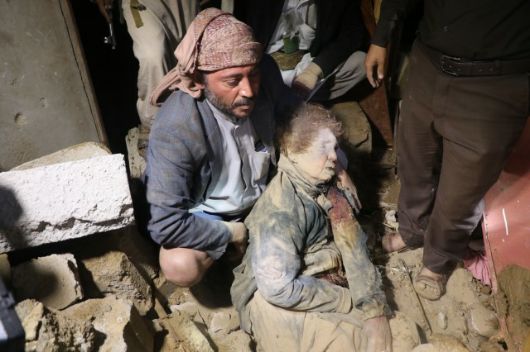 Fighters Jets of the Aggression Targeting Sana’a and Taiz

The warplanes of the Saudi American aggression commit many crimes against the citizens . The last crime was in Sana’a province where the aggression targeted a consolation of women in Al-Naka’e house in Arhab district.

In Addition , the warplanes of the Saudi American aggression waged a raid on Al Omari school in Dhubab district.

Army and Popular Committees Killing 7 of Mercenaries in Taiz

Saada: warplanes of the Saudi American aggression waged raid on the communications network in Sweden region directorate of Majzzer.