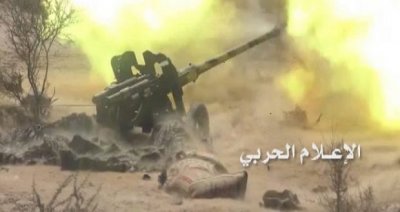 At least three mercenaries in favor of the US-backed Saudi aggression have been killed in Kahbob district in Lahj governorate, a military official told Yamanyoon on Monday.

In addition, the army and popular forces carried out an operation against a gathering of the mercenaries in east of AL-Safena hilltop, destroying a military vehicle belonging to them.