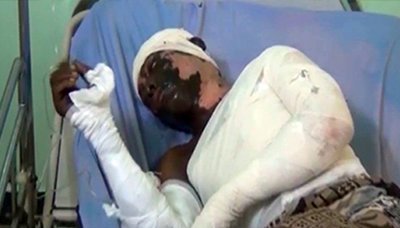 Five civilians have been injured on Wednesday in US-backed Saudi bombardment on several regions of Sa’ada governorate, a local official told Yamanyoon.

Fighter jets of the US-Saudi aggression also aimed at a car in Al-Zawar area in Al-Safra district.