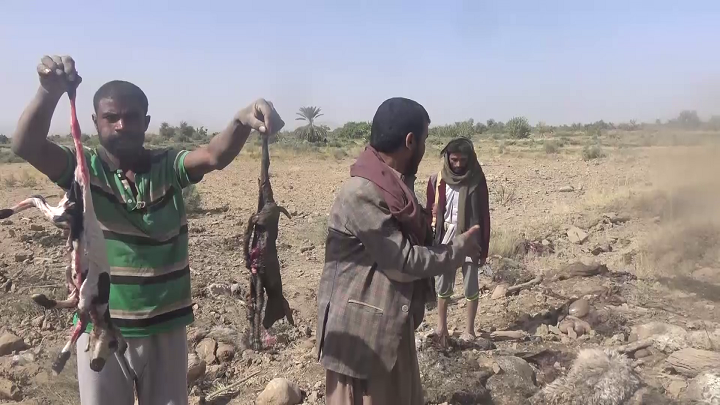 Warplanes of the Saudi American aggression targeted on Sunday sheep and cattle owned by a citizen in Jawf governorate, resulting in large material damage.

The barbaric aggression has been targeting civilians and anything that relates to their daily lives amid an international silence.