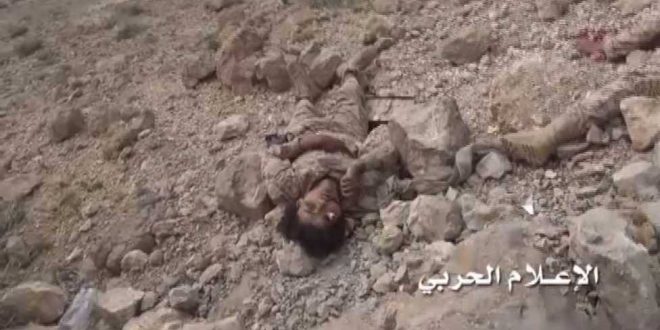 Dozens of Mercenaries Killing in Serwah

Army and popular Committees, repel creep for the hypocrites Saudi American aggression toward the Tapat Al Matar in directorate of Serwah , province of Marib.

A military source , dead and wounded dozens of hypocrites aggression and destruction a number of their vehicles during a failed attempt creep toward the site of army and popular committees at the Tapat Al Matar directorate of Serwah.