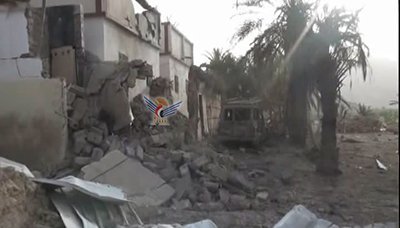 The warplanes waged four strikes on Sa’ada city and another three strikes on Al-Azqawl area of Saher district, including an international banned cluster bomb.

The official reported that the strikes caused heavy damage to citizens’ properties and farms.