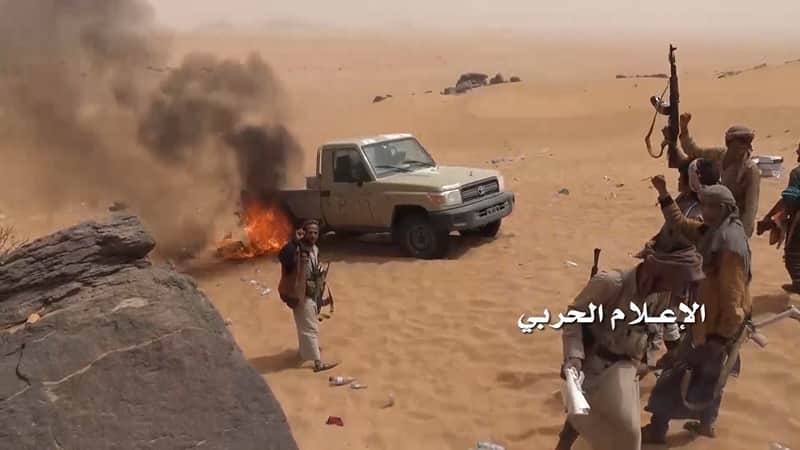 Army and popular forces bombed a military vehicle supplied by Saudi regime to its mercenaries in Jawf province, a military official said.

The official said that the units of the army and the popular committees managed to destroy the military vehicle in Ham area, Moton district, killing its crew members.

Moreover, the sniper units of the army and popular forces shot dead two mercenaries in Mazwa area of Moton district, the official add.

Ministry of Health : More than 4541 children and 3551 women killing in two Years