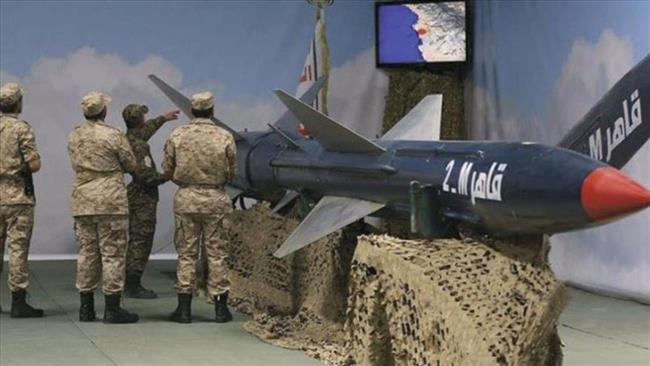 Where do Yemeni missiles come from?

Saudi Arabia’s brutal military aggression against Yemen has taken quite a few drastic turns ever since its beginning in March 2015. The deadly war has seen Saudis use illegal weapons such as cluster bombs over populated areas without any raised eyebrows in the West. The war has also seen the Riyadh regime’s allies such as the US and the UK ramp up their arms deals with the monarchy despite international outcry. All of this, however, has been overshadowed by one question the answer to which has so far defied observers: How did Yemen’s Ansarullah fighters lay their hands on ballistic missiles? How did the militiamen acquire the know-how to maintain, launch and even upgrade their arsenal?

Ever since the Yemeni forces unveiled their game-changing capability, Saudi Arabia and its allies, including the United States, have been furiously pointing their fingers at Iran, accusing it of providing the Houthis with advanced missiles and the technical knowledge required to operate them.

Nikki Haley, the US ambassador to the United Nations, has even held a televised demonstration of purported debris of a Yemeni missile that escaped all US-provided Patriot missile defenses and landed close to King Khalid International Airport near Saudi Arabia’s capital, Riyadh, last November.

Saudis knew well that the tit-for-tat attack meant only one thing: Yemenis were indeed able to fire a ballistic missile from over 600 miles (more than 965 km) and successfully land it on a target deep inside the kingdom.

But was the answer that simple? Has Iran been able to sneak missile parts into Yemen even though the impoverished country’s important ports and airports are under a strict blockade by Saudi military forces to the point that aid shipments and even medical crew sent to the country seldom get the chance to actually enter the country and help soothe the humanitarian crisis that is in full swing there?

A typical Scud missile, a Soviet-era missile with a limited range that Yemeni forces have based their domestically developed Borkan-2 missiles on, is more than 11 meters (~37ft) long and weighs between 4 and 6.5 tons depending on its type.

Smuggling a large and heavy piece of weaponry of this scale into Yemen is quite a feat, specially when taking into account that Yemeni forces are certainly in possession of tens and maybe even hundreds of this family of missiles.

It is a mission that to complete it would be rather flattering and would speak to the lacking skills of a Saudi-led coalition, which has been ferociously bombing Yemeni civilians and paying mercenaries for more than three years to reinstate their staunch ally, Yemen’s former president, Abd Rabbuh Mansur Hadi.

There are, however, other sides to this story that the West is leaving out in order to create a stronger case against Iran.

Going back in history, we can trace a rather close relationship between Yemen and North Korea.

It is only logical to assume that Yemen’s ballistic missile arsenal dates back to before the current military confrontation between the two sides.

In the early 1990s, the Saudi-backed North Yemen, which was at the time led by ex-president Ali Abdullah Saleh, was at the middle of a war with South Yemen. Saleh became the unified Yemen’s first president and publicly supported Ansarullah down the road, when they took over from a fugitive Hadi.

The support, however, soon frayed and Saleh was eventually killed by popular forces for creating “chaos” in Yemen through cooperating with “militias of aggression.”

Pyongyang has been always interested in striking ties with South Yemen for its communist past, where it was ruled by the Marxist party, the National Liberation Front, and its successor, Yemeni Socialist Party.

North Korea reportedly even backed an ill-fated secession bid by South Yemen in 1994.

In 2015, a South Korean intelligence official claimed that Pyongyang had provided Yemeni forces with no less than 20 Scud missiles.

The allegation was later on confirmed by a former North Korean security official, who told the South Korean news outlet Yonhap that Pyongyang had even sent engineers to help Saleh’s government with the technical part.

The ties took the spotlight in 2002, when Spain announced that it had intercepted a ship carrying Scud missiles from North Korea to Yemen.

Yemen immediately announced at the time that it would end all military ties with Pyongyang and said it had only accepted the missiles to fulfill pre-existing contracts.

Yemen has so far unveiled two variants of its new Borkan family of missiles that are thought to be upgraded Scuds.