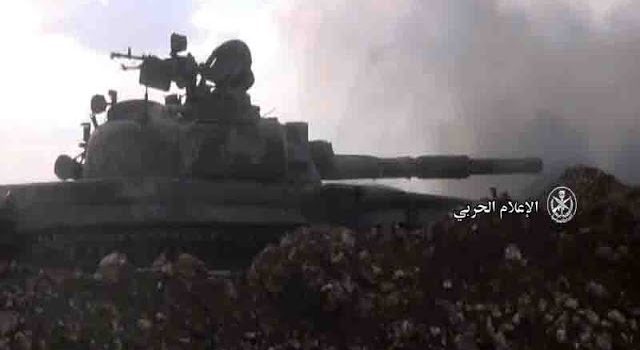 The Syrian Arab Army (SAA) scored a new advancement in the Hama countryside this week, securing several areas that were under the control of the so-called Daesh.

Led by the Republican Guard and 5th Legion, the Syrian Arab Army managed to control the towns of Abiyan and Abu Qusour, along with the large hilltops of Tal Talihan and Tal Ma’asran in the northeastern countryside of Hama.

As a result of these advances, the Syrian Arab Army has made a large dent inside Daesh’s pocket, giving way to their forces to reach the Idlib axis in the coming days.
#DaesharabarmyISISnewssyria
Share

Kill our kids, then call us terrorists