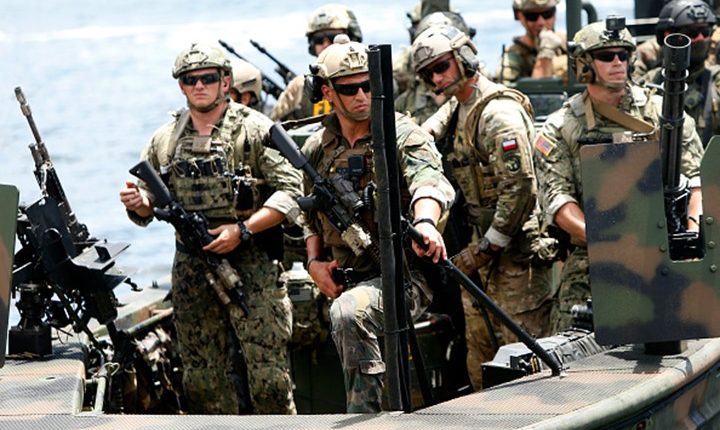 US Special Forces Are Participating in the War on Yemen (Details)

US al-Hurra television reported on Monday the presence of special US forces in Yemen in support of the Saudi-led military alliance against the Yemeni army and Ansarullah, also known as ”Houthis”.

The US channel conducted a special talk with an official of the US Department of Defense, who declined to identify himself, where he said that “America has special forces within Yemen to support the Saudi-led coalition against Yemenis.”

The channel also revealed that the presence of US forces in Yemen came “at the request of Riyadh and Abu Dhabi for US military assistance, to support them in taking control of the port city of Hodeida” which is controlled by the Yemeni forces and Ansarullah.
According to the channel, US Secretary of State, Mike Pompeo, “received this special request for military support, which includes US reconnaissance aircraft and a number of US special forces to support the Saudi-UAE coalition in Yemen.”

“The US special forces are involved in the operation of restoring Hodeida from Houthis, which was launched by Saudi forces with the support of the Saudi-UAE paid fighters,” the US official told the channel.