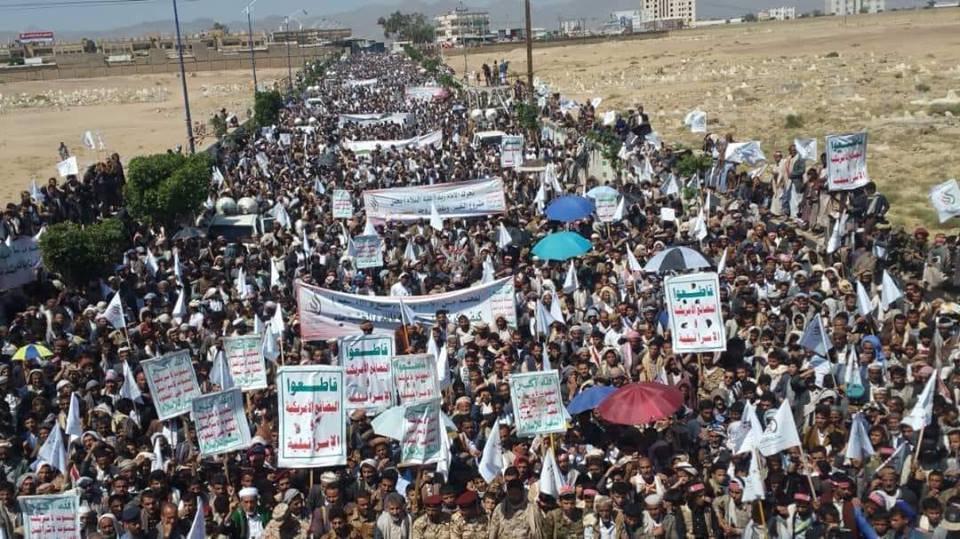 A mass rally was held in Saada on Friday to mark the remembrance of the martyrdom of Imam Zaid bin Ali, peace be upon them, and denouncing the economic war waged by the Saudi-led aggression along with its military war against the Yemeni people.

The event was attended by a large crowd, in which participants raised slogans condemning the Saudi coalition in targeting Yemenis economically, trying to defeat them that way after it couldn’t militarily for nearly four years.

At the end of the event, various speeches were delivered by a number of officials and social figures, which pointed out that commemoration of Imam Zaid comes this year in conjunction with the escalation of aggression in its economic war.

The capital of Sana’a also witnessed a major mass rally under the slogan “Revolution against the coalition of criminality and starvation” on the remembrance of the martyrdom of Imam Zaid bin Ali.

We Are Here Today to Face the Economic and Military Imposed War: President of the Revolutionary Committee