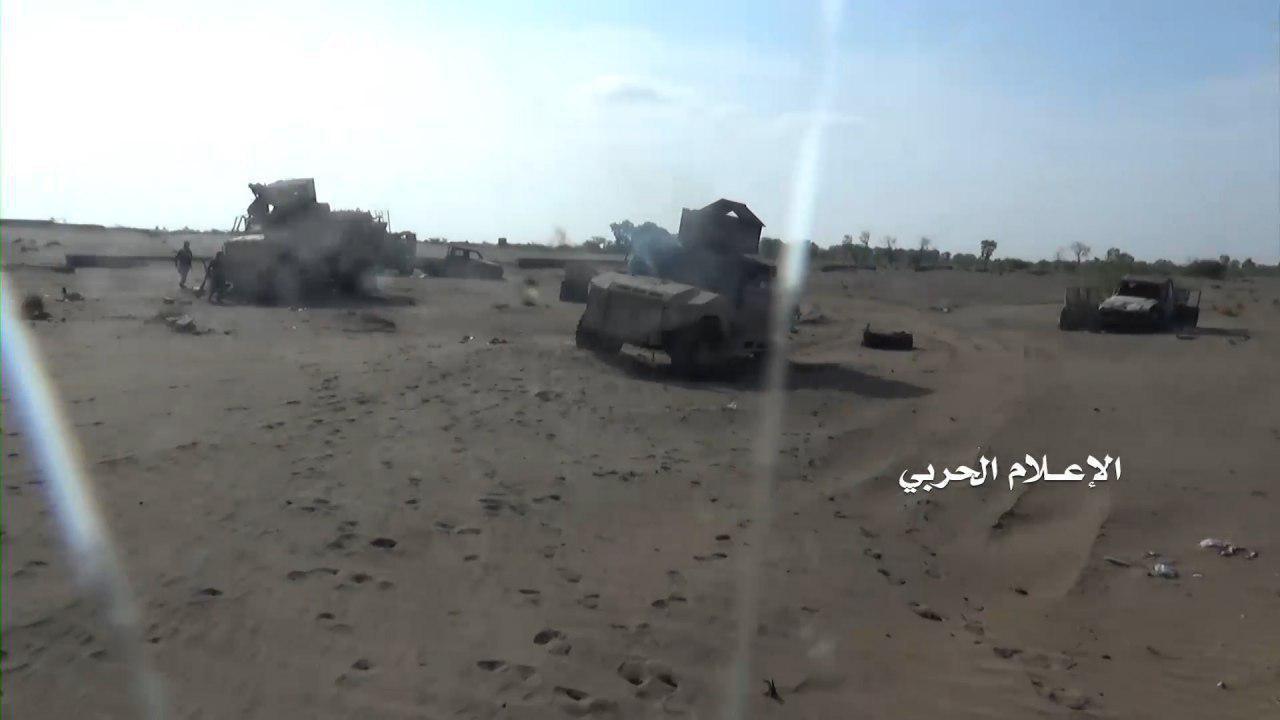 The military forces and the popular committees revealed a large military operation, carried out on Monday, south of Kilo 16 in the west coast near the city of Hodeidah, which ended up by taking control of most of the areas and sites of Kilo 16 that Saudi-led aggression was concentrated in.

The army and the popular committees were able to recover most of the positions that were under the control of the coalition forces in southern regions within Kilo 16, wherein this report, will give out the details of the comprehensive battle and the names of sites that have been advanced to, in addition to the material and human losses suffered by the forces of the Saudi aggression.

The Spokesman for the Armed Forces, Brigadier General Yahya Sari, said that the military operation of the army and the popular committees involved specialized units, based on a three offensive plans at a unified time, which bewildered the Saudi-UAE coalition and its forces on the ground in an unprecedented manner, leading to successive collapses in its ranks.

According to the spokesman of the armed forces, the operation resulted in the killing of dozens of coalition forces, in addition to dozens of wounded and the destruction of more than 14 vehicles and 9 armored vehicles, while the army and the Popular Committees seized large quantities of weapons, ammunition, and military equipment.

The Plan of the offensive operation:

The command of the army and the popular committees focused on implementing a plan that will paralyze the movement of the forces of the Sudi aggression from all directions and was based on three components. The first component was based on intense artillery and missile bombardment on the positions of the coalition forces.

While the second component was based on planting large mines and explosives within the Saudi forces sites and its mechanisms, which required infiltration tactics carried out by the mines and explosives unit and called it the fulfillment operation of the martyrs of the unit, which resulted in the death and injury of a large number of militants and the destruction of a number of mechanisms and armored vehicles.

While the third component was based on the implementation of a comprehensive offensive at one time on the lines of defense and reinforcements of the coalition forces, which resulted in taking control over all the sites that were under the control of Saudi-UAE forces.

The Saudi-led warplanes then carried out on a hysterical bombardment on the areas it lost, using cluster bombs, in addition to killing a vast amount of the groups of forces loyal to the aggressive coalition.

The operation was carried out on three Directions:

The first Direction:
The army forces and the popular committees carried out large offensive operations on the sites of the Saudi coalition from the east, west, and north in the Thlajah-Almikhlafi area and other areas the surround it, taking full control of the positions in this path.

The second Direction:
The army and the popular committees carried out offensive operations towards the positions of the coalition forces deployed in the east and west of Ahwash-Albeqar and areas close to it, managing to control vast sites and expelling the Saudi forces.

Third Direction:
The army forces and the popular committees carried out offensive operations on positions of the coalition in the village of al-Masna and the neighboring areas, which resulted in the advance and the expulsion of the coalition forces after suffering huge losses among their ranks and equipment.

Experts say that the quick fall of all the sites of the Saudi-led coalition in the south Kilo 16 is a serious blow to the coalition and its mercenaries, while military experts said that it reveals the inability of the coalition to keep its sites safe, despite military arsenal and Air supremacy in maintaining their positions.

Winds of Peace, a New Saudi Campaign in Yemen That Plans to Impact Society’s Views