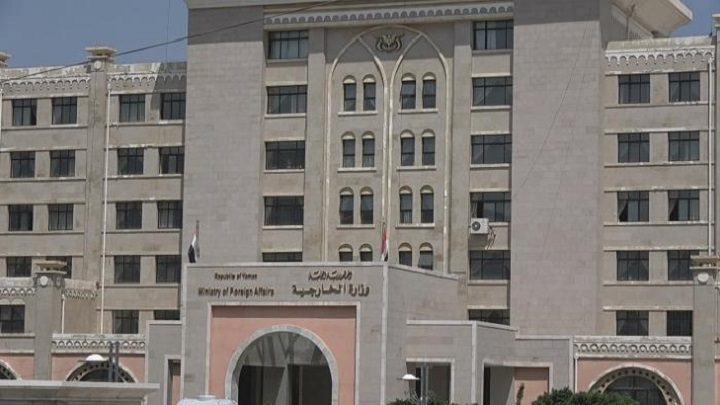 The Yemeni Foreign Ministry confirmed that the participation of Foreign Minister of the ousted former president Hadi with the enemy’s prime minister at the Warsaw summit does not represent the Yemeni people.

The ministry pointed out that Hadi and his Saudi backed government are nothing but puppets, in which others move them as they wish. The Foreign Ministry said in a statement issued today that it is not strange for those who sold their homeland to sell the issues of the Arab and Islamic nation and to show the disgraceful appearance.

The ministry stressed that the principles of Yemen’s foreign policy are based on rejecting the policy of conspiratorial axis against the aspirations of Arab and Islamic peoples. The Yemeni Foreign Ministry stressed that what happened in Warsaw clearly confirms that what is being exposed to Yemen from barbaric aggression is part of the American Zionist plan, adding that the Warsaw conference comes as publicity for the project Zionists and Americans to become today within the framework of a public conspiracy against Islam.

The source reiterated the position of the Republic of Yemen, which supports the Palestinian cause and refuses to normalize with the Zionist enemy and that the Islamic nation is able to overthrow this conspiracy with all its symbols, contents, tools and faces.

The foreign ministry called on the Arab and Islamic peoples to take responsibility for these such conspiracies that target Islam’s identity and the interests of their countries.

In Pictures: Massive Rallies All over Yemen Opposing Normalization with Israel-Report