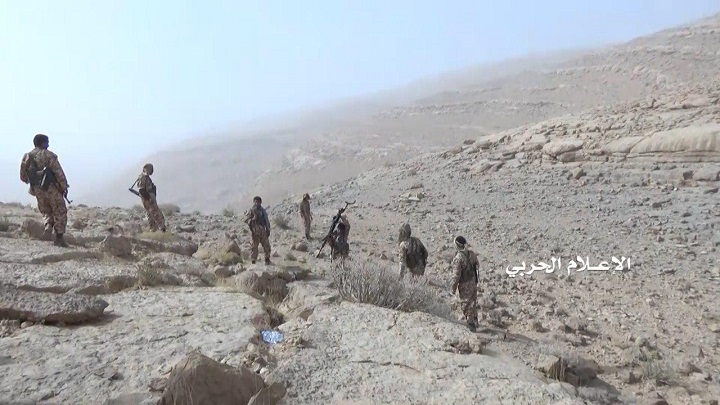 A Dozens of Saudi Mercenaries Killed and Injured in Nehm

The militants of the army and the popular committees on Saturday launched a qualitative attack on the positions of the mercenaries of the aggression in Hareeb Nehm, causing heavy losses among their ranks.

According to a military source, the attack killed and wounded dozens of mercenaries. It also caused the destruction of a military vehicle after the arrival of the army to the mercenaries fortifications that are located in Hareeb Nehm.

It is noteworthy that the military media published footage of the military operations carried out by the army and the People’s Committees in the district of Sarawah, which ended with the advancing to the mercenaries positions, which resulted in the killing of dozens in their ranks and causing heavy losses in the equipment.