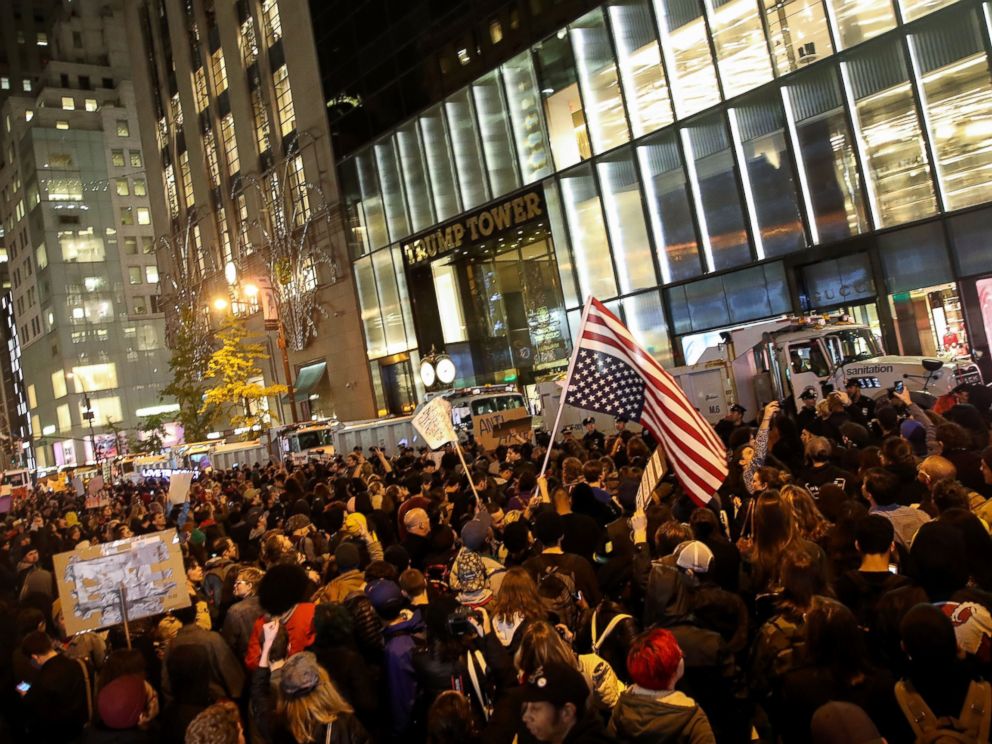 Thousands Rally across US in Protest against Trump Win

In Washington, several hundred gathered in front of the White House for a candlelight vigil on a damp, chilly evening, criticizing what they called Trump’s racism, sexism and xenophobia, and carrying signs reading “We have a voice!” and “Education for all!”

One of the organizers, Ben Wikler — Washington director of the liberal advocacy group MoveOn.org — told the crowd that others were coming together in hundreds of communities around the country.

“People are justly frightened,” he said.

Ethan Miller of the workers’ rights group Jobs with Justice said organizers held the vigil to show that civil society was resilient.

Growing, mostly peaceful protests were held in other cities across the country, gathering thousands of people in Boston, Philadelphia, Portland, Oregon, Seattle and other cities under the slogan “Not my president.”

In New York City, demonstrators gathered in Union Square holding signs saying “Love Trumps Hate” and “Trump Grabbed America by the Pussy!” before marching uptown in the thousands to chant in front of Trump Tower.

In Chicago, several thousand people gathered around Trump Tower, blocking downtown streets and traffic while other staged a counter-protest on the opposite side of the building.

Across the country, high school and college students also staged campus demonstrations and walkouts from classes.

In Los Angeles, hundreds of teens and young adults rallied outside City Hall chanting “Not my president!”

The crowd there grew to about 300 people, local reports said, including some who sat in the middle of a road to block traffic. Others burned American flags.

In Pennsylvania, hundreds of University of Pittsburgh students marched through the streets, with some in the crowd calling for unity.

The rallies followed protests overnight on Tuesday as voting results were being tallied, when at least one person was seriously injured in Oakland, California, where demonstrators broke store windows and set garbage alight.

Saudi-Led Coalition Targets Its Own Mercenaries in Taiz