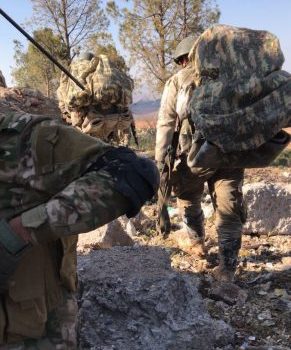 The Turkish Army and their allies from the Euphrates Shield forces scored their first major victory inside the Afrin Canton, following the intense battle for Jabal Barsaya in the northeastern corridor of this region.

With Jabal Barsaya fully under their control, the Turkish Armed Forces now possess fire control over much of the towns in northeastern Afrin.

This advance by the Turkish forces will likely spell big trouble for the Kurdish-led People’s Protection Units (YPG), as Jabal Barsaya is the highest point in the Afrin Canton.

While the Turkish military has captured Jabal Barsaya before, this is the first time that they have secured the mountaintop and fortified their positions in the area.